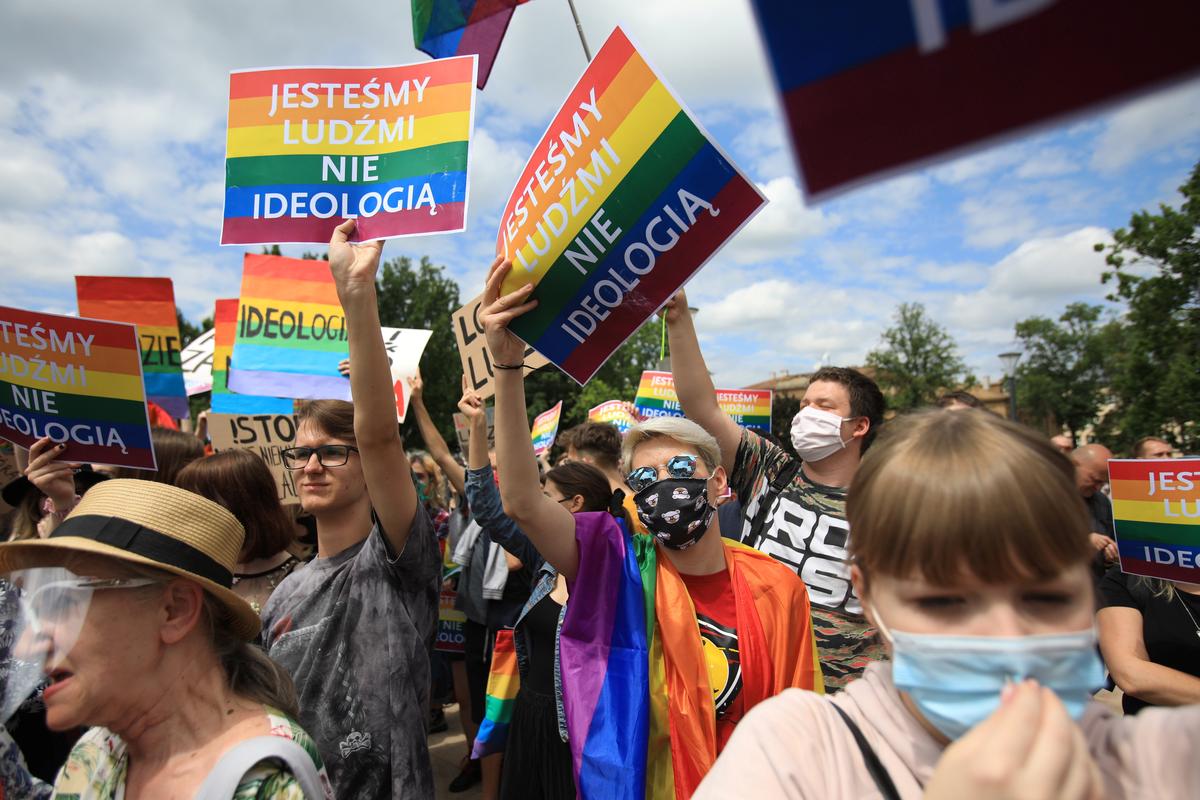 WARSAW (Reuters) – About a hundred protesters held up banners at an election rally for the Polish president on Monday, after he said over the weekend that LGBT “ideology” was more destructive than communist doctrine, angering rights groups and opposition politicians.

The rally in the eastern city of Lublin was attended by around 3,500 supporters of incumbent President Andrzej Duda, who is running for re-election on June 28.

LGBT rights have been major campaign theme in staunchly Catholic Poland since the main opposition candidate and Warsaw mayor, Rafal Trzaskowski, introduced a sex education programme in the city’s schools over a year ago that includes teaching about LGBT issues.

“We gathered in large numbers to show him (Duda) that we are not an ideology, as these are the words that we hear very often from PiS politicians in recent days,” LGBT activist Bartosz Staszewski said of the protest.

Duda is an ally of the ruling nationalist Law and Justice Party (PiS), which dismisses the promotion of lesbian, gay, bisexual and transgender (LGBT) rights as a foreign influence undermining Poland’s traditional values.

Protesters carried signs saying “We are people and not ideology”, “I am a human” and “Duda, spare us shame”, footage from private broadcaster TVN showed.

Staszewski told Reuters that after the rally he spoke to Duda and asked to be invited to the presidential palace to talk about LGBT issues.

A presidential spokesman confirmed the conversation and said that the office was in touch with Staszewski to discuss a date for the meeting.

In his speech on Monday, Duda said that his recent comments on LGBT issues had opened him up to attack domestically and internationally.

On Sunday, Duda tweeted that his words comparing “LGBT ideology” to communist doctrine had been taken out of context by international media.

“I truly believe in diversity and equality,” he wrote in English. He did not say how his remarks had been misrepresented.